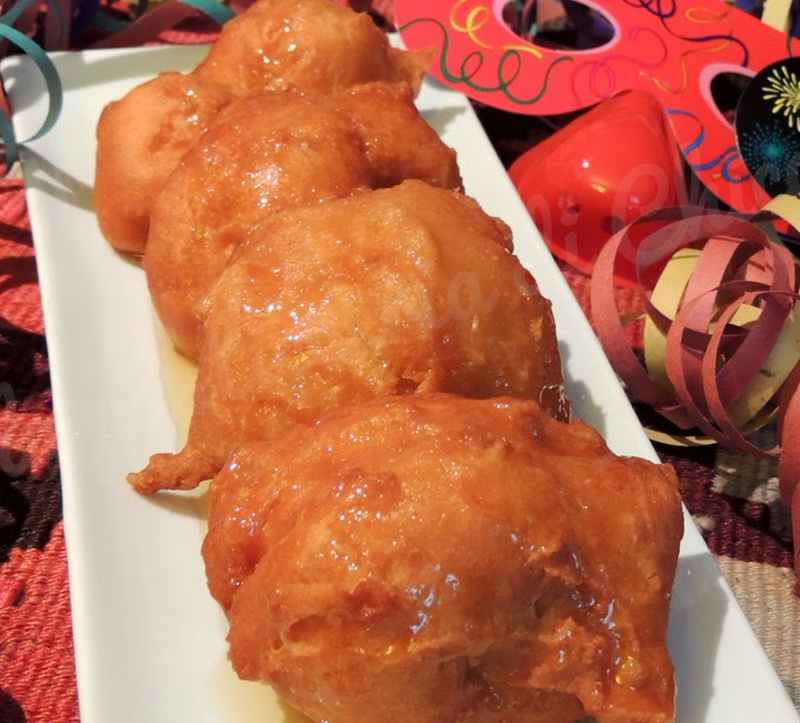 The “strufoli” are a typical dessert of the Carnival of Umbria. They are often confused with Neapolitans  struffoli, but they are completely different desserts: the strufoli from Umbria are typical of Carnival and those from Naples of the typical of the Christmas period.

Mix the flour with the eggs , sugar, lemon peel , baking soda, anisette and add the oil.  At this point, put it to rest in a well covered bowl for about an hour .
Now it is time to fry : Place the oil in a pot and put it on the fire with the flame very low , this is the trick of strufoli , the oil must be warm and never hot .
With a spoon well greased take a big spoonful of dough in this bowl and pour in the oil for frying . Turn up the heat slowly until the strufoli not take on a nice golden color .
Pull them out with a perforated spoon and drain well the oil, then add the honey previously melted in a double boiler , and for the last touch : add a little alchemens  or honey.