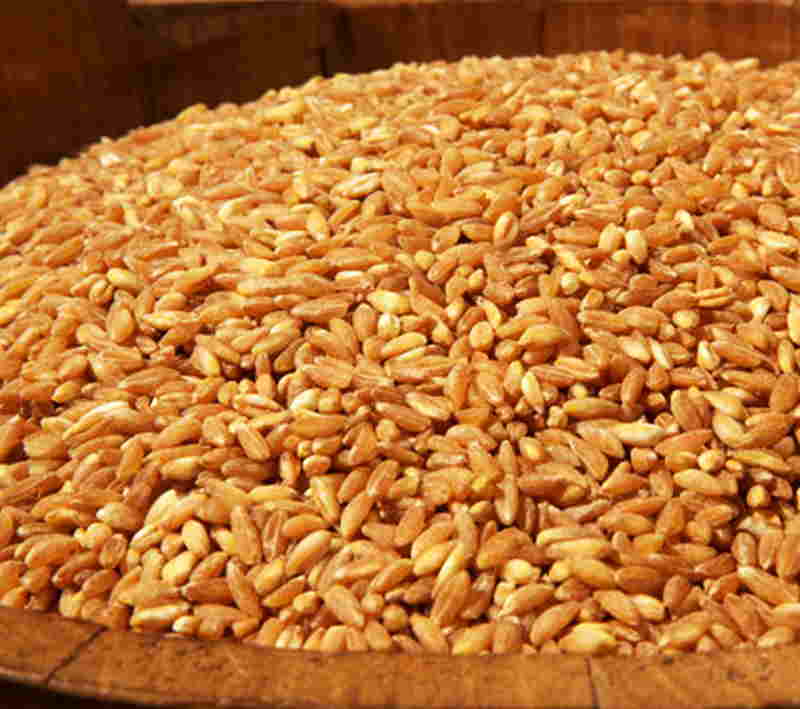 The Spelt of Monteleone (Spoleto) joined the official list of typical Italian products with the certification DOP (protected designation of origin) that was released July 16, 2010.
Being a product DOP certification requires that the entire production process must be carried out in the region of Umbria. The cereal grows on the mountains of Central Italy, in the South-Eastern part of the province of Perugia. It is the boundary zone between Umbria, Latium, Abruzzo and the Marches, which forms a real macro area where the specific agro-climatic conditions allow the spelt variety Triticum turgidum dicoccum to develop best its taste characteristics.
Altitude and the peculiar terrains characterize this kind of cereal with short, flat and tapered ears

The spelt is a very ancient food, its cultivation dates back to about 9000 years ago and it is part of the Mediterranean diet of many peoples, in particular those in Apennines Central South Italy.

Archaeological evidence shows that spelt was grown in Umbria since II century BC, when it was used as a “coin” to pay tributes in kind. Over the years, it was replaced by grain in the taste of people and came to be considered, after World War II, as food for horses.This did not actually happen in Monteleone of Spoleto where, due to the difficulties in communications, people did not change their traditions.

It is recommended to keep the Spelt of Monteleone of Spoleto in a cool, dry, vacuum or glass containers. It can be eaten as a first course, side dishes, cold plate or dish, bearing in mind that should be kept in water for about 48 hours or a minimum of 12 before taking it to cook for about two hours. Spelt, husked and the triturated, which do not need to be soaked, cooked in a shorter time, generally between 20 and 30 minutes.
Rich in vitamins and minerals, the Spelt of Monteleone of Spoleto PDO is key ingredient for soups and refreshing energy, as well as many local dishes.
Today the spelt of Monteleone is recognized as one of the most sought-after local products and it is very appreciated by chef and the lovers of Italian food.

Spelt is also the objet of ceremony taking place every year in Monteleone. The priest of the San Nicola church makes a soup in large cauldron and he gives it to the children at midday. The event refers to the lag end telling that when Saint Nicholas arrived in Monteleone, was impressed by the poverty of people, started giving them spelt.