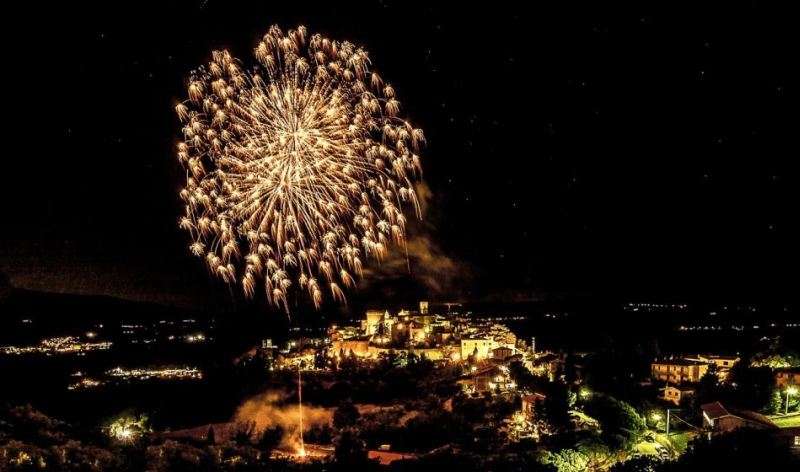 An authentic medieval village in Umbria

I was born in Gualdo Cattaneo, a wonderful medieval village in Umbria.

In the ancient village of Gualdo Cattaneo each year takes place a Festival called “August-September Gualdese” .
This year the festival was held from 22th August until 3rd September , to coincide with the feast of the patron of the village saint Beato Ugolino.
It is a manifestation between the Middle Ages and Renaissance, and in those days the country back to relive his former glories. During the show, play medieval games and activities involving selected from the three districts that make up the country: Contrada del Monte, Contrada della Pieve and Contrada della Rocca.

Sunday 24th August we had the “Medieval Dinner” with a menu composed of typical medieval recipes. The evening will be accompanied by touring shows, musicians and theater scenes in the charming courtyard of the Rocca ( the castle of the village).

The most awaited day is definitely 3rd September , the final day of the Festival when takes place the “Arrampiacata”, the Historical Reenactment of the assaults led to the castle of Gualdo Cattaneo from nearby cities. Each Contrada has a group of porters who carry on their shoulders a scale replica of the Rocca of Borgia in Gualdo Cattaneo, running, should lead to the main square along the streets of the country.

Before the “Arrampicata” there is the historical parade composed of, celebrities, musicians, dancers and jesters.This important day ends with a wonderful show of fireworks.

Only during the ““August-September Gualdese” is open the “Taverna del Voltone”, traditional restaurant where you can taste delicious dishes from local tradition and taste the excellent local wines.

Do not forget to visit Gualdo Cattaneo during your next trip to Italy, it is little jewel still unknown