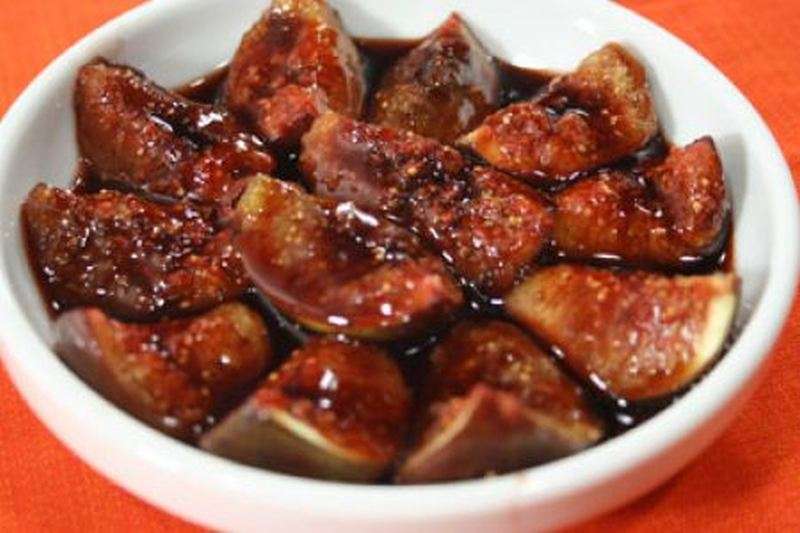 September is the month for excellence of figs: sweet fruits with delicate taste.
They originate in Orient and then through the Persians came to Greece to spread throughout the Mediterranean basin.
The figs in red wine sauce, are a delicious and tasty dessert made with figs dipped in the hot spiced wine and then flavored with a thick sauce of wine, port, honey, vanilla, cinnamon and cloves.

Recipes of the Figs with red wine

Clean the surface of the figs with a soft, damp cloth, then remove the stalk and drill a small incision to cross on the top of each of them.
In a saucepan, place the red wine (not too strong), the glass of port wine, brown sugar, honey, cinnamon and cloves. Take the vanilla pod, cut in its length, and with the sharp blade of a boxcutter, removed the seeds blacks in it, you are going to put in the pot along with the pod.

Bring to a boil everything and then lower the heat and soak the figs, you will make it boil for 5 minutes over low heat. After 5 minutes, remove the figs from the liquid and place on a serving dish, and when cold will cut each into 4 wedges.

In the meantime, you reduce the liquid on fire at least ¾, until it is as thick as a syrup (before it becomes too thick, remove the vanilla pod, cinnamon stick and cloves) when the syrup is ready, pour it on figs, then let it cool and then cover the figs with plastic wrap and place in refrigerator for at least two hours.

You can serve the figs in wine sauce accompanied by whipped cream or vanilla ice cream or cream.