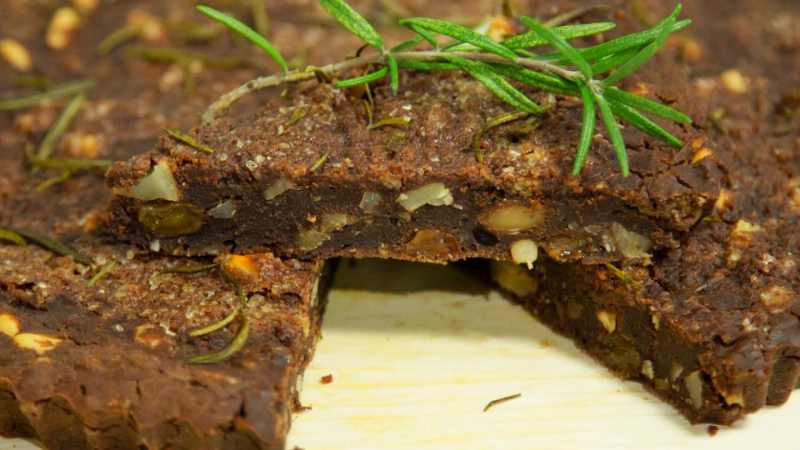 It is a delicious cake that I usually make in the fall.

The Castagnaccio is a typical dessert autumnal based on chestnut flour, pine nuts, raisins and rosemary. Although this is a simple dish of country tradition being the chestnut spread in the countryside, inexpensive and nutritious.

It is characteristic of the Apennines of Tuscany, Liguria, Piedmont and Emilia and present some differences depending on the area: in Tuscany is about 1 cm high, made ​​only with olive oil and rosemary while in other areas can be 2 or 3 inches tall and have even pine nuts and raisins.

This dish also has a curious implication: it was said that the leaves of rosemary chestnut were used in a love potion, the boy who had eaten the cake offered to him by a young girl would fall in love with her and would marry her. 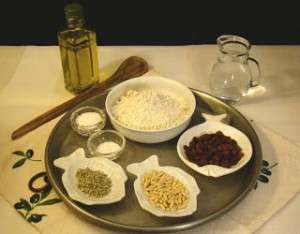 In a bowl, soak the raisins in water for 10 minutes, then drain and dry with a towel. Meanwhile in a bowl, pour the flour (so no lumps are formed), a pinch of salt and add water a little at a time, stirring with a spoon until the dough is smooth, let stand for a couple of hours. At this point, grease the pan with oil, add the dough and sprinkle with raisins, pine nuts and rosemary. Bake in a preheated oven at 180 ° C for 30 minutes.